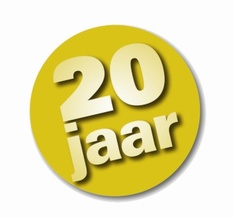 Both employed at the time by copy giant Minolta, they developed and implemented their idea of starting a business in the ICT sector as partners. Arthur Bodegom was responsible for the technical ingenuity and Tom van Schaik was the man who had to bring in as much business as possible. Now, 20 years later, not much has changed actually. The team has, of course, been expanded and Dionar currently employs several salesmen and technicians, but throughout the years the strategy has more or less remained the same, with Arthur still focusing on the technical side of the business and Tom on the commercial side.
Dutch insurer Klaverblad’s slogan could have been one of ours: “If you remain normal for as long as possible, you will eventually become special”. This pretty much reflects Dionar’s philosophy/central theme. You see many start-ups move into expensive office buildings with expensive cars parked in front of the door. Dionar did that differently. The attic was converted into an office. And if a client or supplier wanted to visit, the lounge of the nearby Hotel de Beurs provided a great reception area. The funny thing is, and this is totally in line with the aforementioned slogan, that we still occasionally meet guests in that hotel although there really is no need for it anymore as we have excellent reception and meeting areas at our own office.
It became clear, fairly soon after the company was established, that Tom took his commercial task more than seriously. It went beyond even what Arthur could process in a technical sense. More hands were needed. One month after the establishment of Dionar, Theo Oostveen, the first employee, entered employment. Those who are fairly clued up on Dionar know that Theo Oostveen is still working for us to this day. Apart from colleagues that have been involved with Dionar from the start, we also have clients and suppliers with whom we still closely collaborate as we did from the very beginning.
In the course of 1999, there was more than sufficient financial basis to exchange the attic room, which had been converted into an office, for our own ‘real’ office space at a nearby business park. Dionar continued to grow steadily in the years that followed. The client portfolio expanded according to plan, the assignments became increasingly more interesting in terms of size and complexity, and the workforce grew accordingly at that same speed.
Dionar introduced CleverDisplay, the narrowcasting solution we developed ourselves, to the market in mid-2001. Over the years, CleverDisplay has grown into a serious player in the world of narrowcasting. As the person responsible for finance within Dionar, I may lack some objectivity here, but for me personally CleverDisplay is the Rolls Royce of narrowcasting solutions. After having been presented to the market as a product of Dionar, CleverDisplay became an independent limited company at the start of this year, with its very own workforce. Despite the fact that CleverDisplay is now able to stand on its own feet, it still falls under Dionar’s ‘umbrella’.
In mid-2003, we left our previous office and moved into a four-story office tower at Hoofdweg 846 in Hoofddorp, where we are still housed today to our full satisfaction.
And now about 01-09-2017. The staff made a collection in order to present Tom and Arthur, the founders of Dionar, with a lasting memento in honour of this anniversary. We commissioned Rob Bres, a well-known local artist, to capture the Dionar logo in a painting. While enjoying a drink and a snack, Tom and Arthur reacted very surprised when they were asked to reveal the work of art hanging on the wall. In view of the way in which both gentlemen responded, the memento definitely appealed to them. One of them even asked whether it was a Photoshopped print of the Dionar logo. It was, in short, a very successful afternoon/evening for everyone involved. 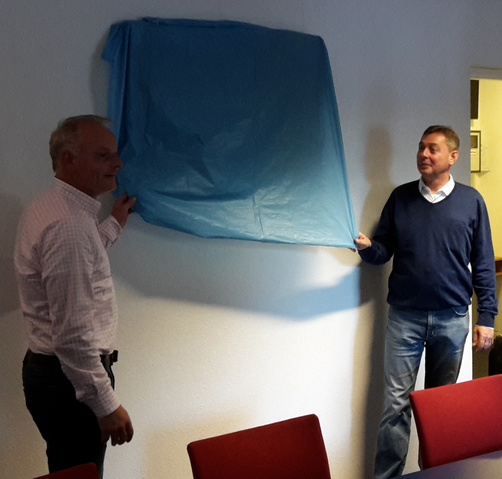 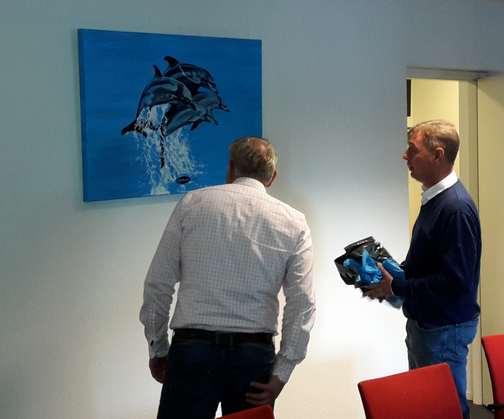 This celebration is behind us now. We resumed our daily activities and are kind of looking forward to the next anniversary. I’m convinced that there will be one.
Contribution: Kees Zuidweg (Fin. Controller)
FacebookTwitterLinkedInGoogle +Email